With origins dating back to the 1930’s as the “Airplane Service Station” at the corner of highways 1 and 124 in Bluffton, National Oil was founded in 1940 as a provider of bulk tank fuel deliveries to farmers, home heating oil deliveries to consumers, and gasolines to service stations featuring White Rose Gasoline.  Due to restrictive covenants with oil companies, during the 50's and 60's another wholly owned subsidiary, National Petroleum, was created to provide Gulf gasolines to the Fort Wayne area.  Another corporation, National Oil Corporation, was created to handle real-estate transactions and property ownership that was separate from the gasoline distributorship, National Oil and Gas.  National Petroleum was sold to Pure Oil Company in 1966 and National Oil Corporation was phased out and reintegrated into National Oil and Gas, Inc., due to changes in government regulation.

Decatur Oil was purchased in 1979.  With it came distribution of Marathon fuels and Mobil oils to add to National Oil's current offerings.  While Mobil was phased out, Marathon continues to be the strongest brand for National Oil and the Midwest.

Over it's 70+ years of existence, National Oil has distributed the following brands:

National Oil is a privately held company founded by William Moser, and was run by William Gene Moser (2nd generation) for several decades. National Oil is currently run by Trout Moser, a 3rd generation employee and the current President. National Oil is committed to helping out their customers with flexible business relationships, top-quality fuels, and solid business practices and longevity that have established us as a main force in the fueling industry. 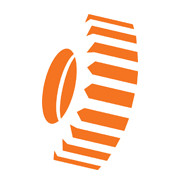 Link to Teamworks work order request system. Use this website to tell our maintenance department about pump issues, lights out, HVAC issues, etc.

This link is for National Oil & Gas employees with United Healthcare insurance.

To comply with the Transparency in Coverage Rule, self-funded and level funded customers must post the transparency-in-coverage.uhc.com link on a publicly available website.

Use this link to log into our Ecommerce site, Petronet, to retrieve invoices, credit card credits, EFT notifications, and sales history information.